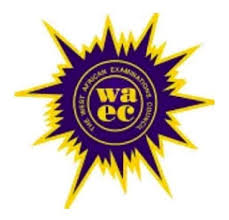 Answer
(1ai)
Determination of soil texture by sedimentation
(1aii)
I – Clay particles
II – Silt
(1b)
A sample of salt is placed inside a jar(glass), a large volume of water is added and the mixture is vigorously shakem and allowed to settle. At the end, a large particle like coarse sand and gravel settles at the bottom while the organic materials floats on top of the water in the jar.
(1c)
(i) It is coarse, grained and gritty
(ii) It is loose with large pore spaces
(iii) It absorbs and loses water easily
(iv) It has grey or brownish color
================
(3a)
Cashew: It can be propagated by seed and vegetative means
Oil Palm: It is propagated By seed
Okro: It is propagated By seed
(3b)Varieties of Oil Palm
(i) Tenera
(ii) Dura
(iii) Pisifera
(3c)
(i) Powdery Mildew
(ii) Wilt of Okra
(iii) Collar Rot Disease
(3d)
(i) Land selection
(ii) Early land preparation
(iii) Stumping
(3e)
(i) It serves as food
(ii) Cashew is used as cure for stomach and intestinal ailments.
(iii) The high percentage of selenium in cashews is not only good for your skin but helps prevent cancer as well